Dream of the Old Building

This is my first project and I’m very confused. First I thought to combine the two of the buildings like one pitting the palm tree from one of  the other picture between them. Something like this: 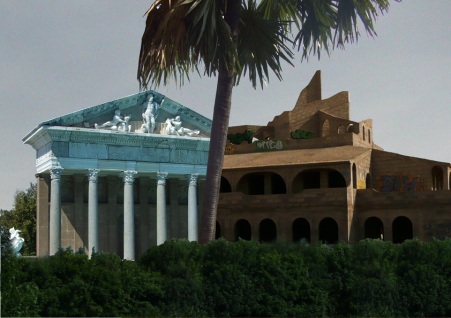 That is a rude composition of my idea. I thought of course to make colour and appearance of the edifices equally and to create something curious with the sky and the bush. Also I wanted to retouch all colours in the image making them more warm and bright.
But after that I made new research and I wasn’t sure that I can make my idea enough interesting. Besides the two buildings are quite different as construction and fasade and probably they will not look like one. Another reason to cancel this project was a sun light over them. Obviously the position of the sun is from left side to the blue building with columns and from right side to the old brown building.

I was looking carefully at the images again. I’ve liked mostly the second and the last pictures, so I’ve decided to use one of them or both. Some new ideas appeared in my mind. And here my sketches. 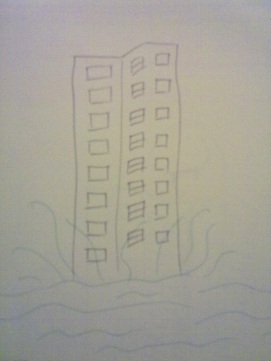 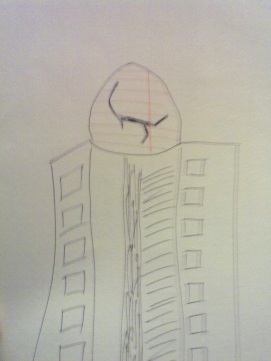 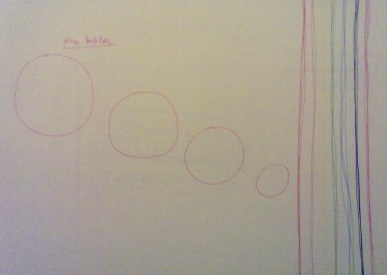 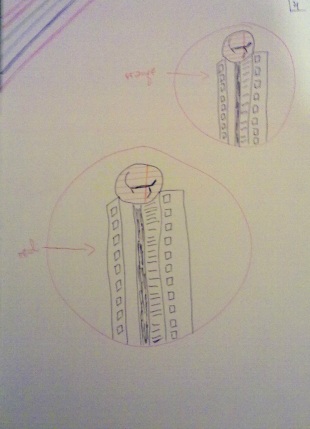 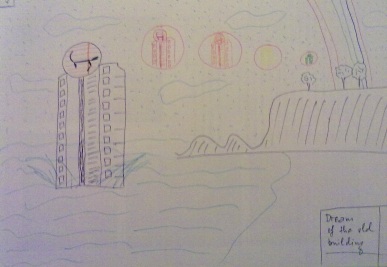 My last decision was to use the sea image and the tallest building. The mansion has been drifted by the water. After that I chose to use the squirrel from the first image as a logo over the building. And because the animal is in the round cage it will look as if it moves the edifice across the sea. Later I drew a rainbow, because the rainbow is always a message for hope or is connected with some kind of dream. And because I thought for dream, I preferred to make the picture a night landscape. So that is my final project. It isn’t something special and I’m not sure whether I can call it exactly surreal panorama, but at least it is some kind of panorama. Its name is “Dream of the Old Building”. 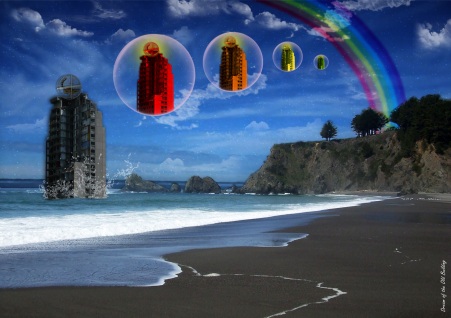 Dream of the Old Building 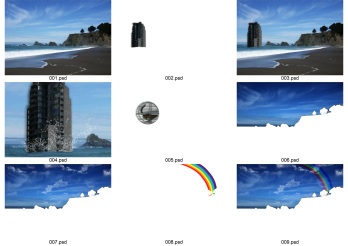 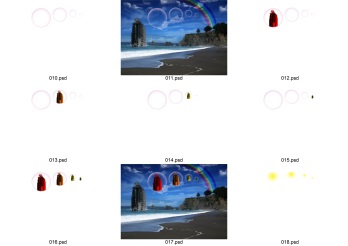 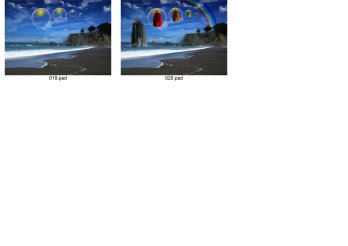